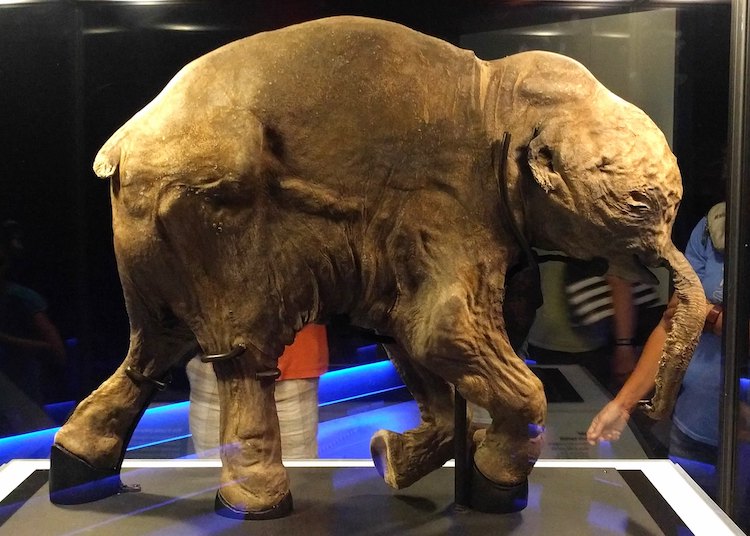 For hundreds of thousands of years, woolly mammoths roamed the Earth. Similar in size to an African elephant, their furry bodies made them well suited to live through the Ice Age. While most woolly mammoths died out about 10,000 years ago, and went completely extinct about 4,000 years ago, paleontologists are still discovering specimens. One particularly well-preserved woolly mammoth is Lyuba, a female calf who was discovered in the frozen tundra of Siberia.

In 2007, a Nenets reindeer herder named Yuri Khudi and his sons happened upon Lyuba in the permafrost of the Yamal Peninsula. The spring weather had melted the ice just enough to wash up the body on the banks of a river. The 41,800-year-old carcass was remarkably well preserved. As Nenets believe that touching mammoth carcasses brings bad luck, Khudi took note of the find but didn't move the remains. Instead, he informed a local museum director who made arrangements to move the mammoth.

Unfortunately, when they arrived, the mammoth has disappeared. Lyuba was then traced to a nearby town, where she was propped up against a store. The store owner had bought the mammoth from Khudi's cousin in exchange for two snowmobiles and a year's supply of food. During the move, dogs had unfortunately attacked Lyuba, removing her right ear and part of her tail. Once police were able to help Khudi and the museum director reclaim the mammoth, it was transferred to the Shemanovsky Museum in Salekhard. For his hand in the discovery and help getting her to safety, Khudi was allowed to name the mammoth. He gave her the name Lyuba, after his wife. 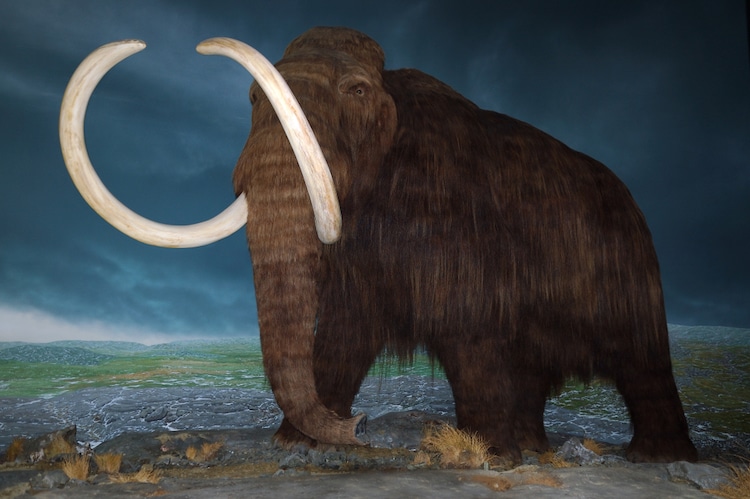 For many years, Lyuba was the most well-preserved woolly mammoth ever discovered. Poor Lyuba was only 30 to 35 days old when she died. Clay found in her trunk has led researchers to believe that she may have suffocated from it while getting water or crossing the river with her herd. This same mud helped preserve her body, keeping it in near-pristine condition. In fact, not only was her trunk intact, but so were her eyes, skin, and organs. Scientists even identified her mother's milk in her belly and fecal matter in her intestines. If it weren't for the dog attack after her discovery, Lyuba would be perfect.

She now has a permanent home at the Shemanovsky Museum. Occasionally, the museum lends her out for exhibitions—she's traveled to Australia and the United Kingdom. Weighing just 110 pounds and measuring a little under three feet tall, Lyuba is the size of a large dog. Her slender trunk was designed to help her drink water from snow and a layer of fat on her head would have kept her warm from the cold. Though her life met an unfortunate end, now she is able to help others learn more about these majestic creatures.